Yes, I’m still working on The Home of the Dhin. I’d hoped to be done last year, but sometimes life gets in the way. I’m close. Well, close for some definitions of close. 100K words. A few thousand more to go, I think, to wrap up the story. Then a re-write, the much-beloved process of editing, and so forth.

The next few months, though, it will be more challenging than normal for me to get that done, as I’ve got some work with my day job that may make slow things down some more.

I just got the release date for The Power of the Dhin from Kindle Press! It’s going to be available on October 24th, 2017!

When I wrote The Way of the Dhin, there was  a plot line that my editor suggested I cut out. At first, I didn’t like the idea. I was very attached to the characters. I gave the idea careful consideration. “It’s not like I can’t put it back if I want to. I’ll do it,” I decided. The narrative thread of Fletcher and Mare’s run-in with CoSec and an AI was set aside.

It’s a decent tale in its own right, I felt. My wife agreed. I respect her opinion, and she doesn’t just go along and hand out participation trophies. She’s a tough critic. So, a few months after the release of The Way of the Dhin, I decided to finish editing it and release it as a novella. The style and content, when divorced from the main plot, is rather different. It’s much more a cyberpunk tale than the first-contact and alien-encounter genre of The Way of the Dhin.

It’s out now for pre-order on Amazon!

Here’s the page for The Way of the Dhin on http://circleofbooks.com/

The Way of the Dhin by John L. Clemmer

The Way of the Dhin now available in print on Amazon!
http://www.amazon.com/Way-Dhin-John-L-Clemmer/dp/0692714049
So for all of you that have been holding out waiting for the dead trees version, order it today! 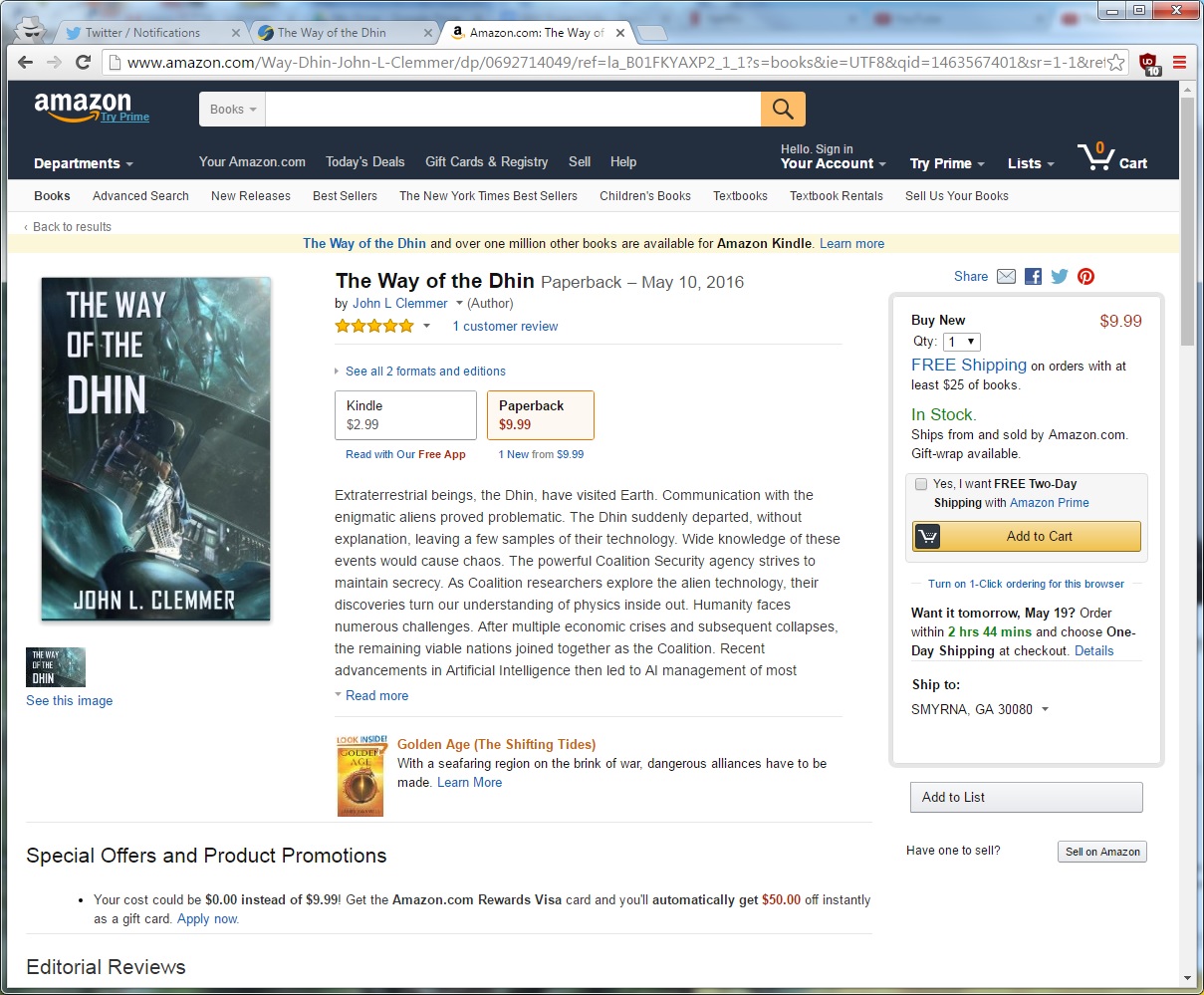